The fifth Granada cinema to be planned by the company was on Castle Gates in Shrewsbury.  Arthur E Williams, a local architect was the company’s original choice to start work on designing this cinema/theatre. However, the experienced cinema architect, Cecil Aubrey Masey soon replaced him and was tasked with producing plans for this medium sized building that was to accommodate just over one and a half thousand patrons on two levels, working from a template associated with the Granada Theatre Maidstone (with some variations), thus continuing the Granada’s lavish house design and reducing costs.

The brick built facade was restricted because of the shape of the site. However, what the frontage lacked in width, it certainly made up for in height. Placed above the canopy structure were four large Corinthian columns, topped by a stone plinth that was supported either side by complementing  stone piers that framed a stone faced central recessed feature containing the upper level café windows. A bold Granada illuminated sign was placed above this feature, with a smaller sign situated over the shop units that ran away at an angle from the main entrance. The slender canopy extended just past the width of the three sets of double entrance doors, offering little protection for customers waiting in the queues.

A small entrance vestibule directed patrons into a moderately sized reception foyer. The ground on which the cinema auditorium was to be built on ran steeply down hill, so skillful planning was required by the architect on how to achieve a satisfactory layout, particularly in this reception foyer.

The darkened staircase that descended to the stalls level. The café/restaurant can be seen above the entrance doors on the right.

The stalls were accessed down a staircase from this level, while customers for the balcony or café headed for a series of three arches that were opposite the entrance doors.

The main entrance foyer of the Granada Shrewsbury.

Etched mirrors topped each arch. The central arch had a set of three steps on to a gallery landing that had balustrades visible to the reception foyer, as seen in the above photograph. Stairs on either side of this landing led patrons to the upper levels. On the first floor a café/restaurant was included for use by patrons and the general public.

The gallery landing foyer leading customers to the balcony and the café/restaurant.

Interior design was carried out by Theodore Komisarjevsky in what was considered to be typical of his French Renaissance style. He was known for creating lavish interiors for most of the cinemas within the circuit and this building was to be no exception.

The auditorium photographed from the rear balcony.

The wide proscenium was framed by fluted Ionic columns. On either side of the stage the splay walls had matching columns and featured stretched cosmetic balustrades similar in design to the ones situated in the foyers, above these were positioned three high arches that contained ornate grill work these were topped with a frieze and cornice that continued across the proscenium with central classical figures. An enormous, deeply embossed circular design took up most of the ceiling area over the front stalls and even reached over the front of the balcony. A large suspended central illuminated fitting was integral to this prominent feature.  The rear section of the ceiling was recessed with cove lighting and three pendant light fittings. The array of projection ports were conveniently situated in the rear of this recess area. Access to the balcony was by two entrances placed either side of the central cross over aisle.

Granada Shrewsbury auditorium as pictured from the stage.

The balcony seated 593 and the stalls 932 customers, with a total capacity of 1525. The stage had generous dimensions measuring 72′ wide x 30′ deep. The proscenium opening was 41′.  In harmony with Granada’s policy, the company had plans for regular stage presentations. However, there were local objections at planning stage which restricted the height of the stage roof, resulting in a major draw back as it lacked a proper fly tower, so scenery could not be flown off the stage. There were dressing rooms and an orchestra pit.

The Grand Opening Gala took place on 14th November 1934 with Jack Hulbert and Anna Lee starring in the British comedy “The Camels are Coming”.

The theatre enjoyed brisk business in both showing first run films and stage productions that ranged from Christmas pantomimes to local Amateur Operatic Society presentations. A wealth of International artists and groups appeared on a regular basis including Laurel and Hardy. They appeared there for a six day booking from 21st April 1952.

Stan and Ollie at the Shrewsbury Police Ball – before they became victims of crime..in Shrewsbury!

Stan Laurel with his blonde wife, Ida. On the left is Mrs. Hardy. Photographed at the Shrewsbury Police Ball, April 1952.

Their visit was marred when Mrs Laurel was robbed of £55 while staying at the Raven Hotel, Shrewsbury, a particular embarrassment to the town as the comic duo had been honoured guests at the Shrewsbury Police Ball that week.

Top stars from Cliff Richard to the Rolling Stones appeared on stage frequently, the list of top artists was impressive.

The Beatles played there on 28th February 1963. While travelling to Shrewsbury from York, John Lennon and Paul McCartney wrote their third single “From Me To You”. Seemingly the song was inspired by the letters pages of the New Musical Express that was titled-  “From You To Us”.  John Lennon said~ “The night Paul and I wrote “From Me To You” we were supporting the Helen Shapiro tour, on the coach, travelling from York to the Granada Shrewsbury. We weren’t taking ourselves seriously – just fooling around on the guitar”.

Stage shows came to an abrupt end during 1972 quickly followed by an application by Granada Theatres Ltd for a gaming license with the purpose to enable them to turn the complete building over to bingo operation.  The cinema finally closed on 31st March 1973. The final film shown was “The Valachi Papers” starring Charles Bronson and “Anatomy of a Pin-Up”. 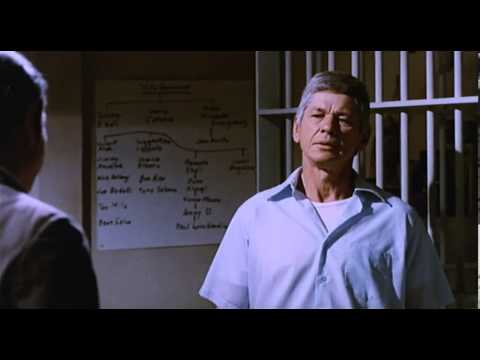 Click on the above frame to view the trailer of the final film shown at the Granada Shrewsbury.

It quickly re-opened as a Granada Social Club on 17th April 1973 with full time bingo now replacing screen entertainment.  Gala Bingo took over the building in May 1991.

The building received a Grade II listing from English Heritage in 1995.  From June 2018, it became known as the Buzz Bingo Club, which is part of the same group. The Nottingham-based business closed the building on 21st March 2020 due to Government Covid 19  restrictions.