Final Film Shown:  “Desert Legion” & “Above us the Waves”.

The Lancashire town of Burnley became home to a number of cinemas, including The Empire and The Imperial. The Grand Super Cinema, James Street Burnley was run by a Mr Arthur Taylor and opened for business on Monday the 18th September 1922 with the film ‘The Queen of Sheba’. The cinema was a conversion of the Victoria insurance offices and a billiard hall. The first manager was a Mr Walter Kay. The takings from the first day went to the Victoria hospital. There were three shows daily and seats were bookable at no extra charge. Admission prices at the opening were ninepence, one shilling and one shilling and sixpence.

The opening silent film at the Grand Super Cinema, Burnley.

There was an orchestra called ‘The Grand orchestra’, which included a Celesta organ. The theatre was installed with a French Mustel organ, which was the first in Burnley and was similar to The one at ‘The Blackpool Palace’. The director of music was a Mr W. Simpson. He passed away In 1924 at the young age of forty-nine. In advertising it stated that the Grand was acknowledged by all as Burnley’s leading house of entertainment. In 1932 New Empire (Burnley) Ltd  took control who also operated the Empire, Grand and Savoy.

The opening was performed by the mayor E. Whitehead and there were a number of people from the Borough Council, as well as magistrates present. The building was converted by architects Lancaster Son and Parkinson and the general contractors were Smith Bros (Burnley) Ltd and was in Georgian style. The screen was flanked by two large pilasters with gilded caps and ornaments. There were old rose velvet curtains (tabs) fitted with an electric motor, the first in Burnley and operated from the projection box.

The superb entrance foyer of the Grand Super Cinema, Burnley.

The entrance hall was described as a work of art with black Belgium and white Italian marble floor. The walls had rare coloured marbles with borders of of Verte antico and panels of Verte blanc, gold Mosaic borders divided into panels by rich veined Derbyshire alabaster plasters with inlaid panels of Pavonazzo marble and gold Mosaic panels, surmounted by carved and gilded caps and calling mould of Spanish jaspe tange marble, was a most impressive and exquisite sight, being designed in Free Byzantine style. There were five Mahogany entrances

The auditorium of the Grand Super Cinema.

The interior was decorated in a free Louis Xl style and the walls of the auditorium  were panneled with moulds surmounted with large gilded wreaths. The soft colouring of the walls were in oyster grey, violet maize and white with the panels filled with a special designed quilted French paper. The panels were divided by large white pilasters with gilded caps. The. A Tympanion panel above the screen was designed and painted by a Mr F. Bale from Blackpool. All the plaster decorations, carpets and drapery were carried out by Foster Sons and Company.

The floor was covered throughout with  rich heavy carpet in black and rose colour. The seats were were all high backed tip up and upholstered in old rose velvet and draperies were the same material. Seating was supplied by Turner and Company.

There were two Kalee number six machines in the operating box. These were equipped with Dallmeyer lenses. They were offered for sale in January 1931 along with the Mustel organ, a Bechstein grand piano and two sets of proscenium tabs. New equipment was installed which included Western Electric sound. In advertising it stated they were fitted with the famous Roxy speaker. 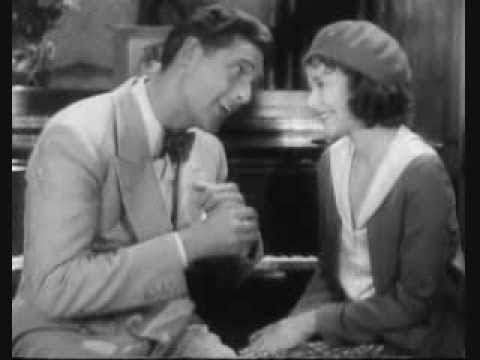 The first talkie presentation was on October 27th 1930 with the film ‘Sunny Side Up’. For a while the Grand resisted going over to talkies being one of the last to show silent films in the town. The last silent films were, ‘Where East is East’ starring Lon Chaney  and ’17th Lancers’.

The classic feature that was in the final programme shown on the closing day.

The cinema closed its doors on the 12th May 1956 with the films ‘Desert Legion’ and ‘Above us the Waves’. Several Burnley cinemas closed around that time losing the battle against television and other forms of entertainment. The building was demolished. The cinema was run by New Empire (Burnley) Ltd at the time of closure.