Harry York managed a number of cinemas. He was the first manager at the Odeon Brighton in King Street, which had previously been the Palladium.  It opened on the 8th June 1935. The cinema was previously known as the Alhambra Music Hall and then the  Palladium. It was converted into the Odeon in fourteen days. Yorke remained at the cinema until moving to the Odeon Chester for its opening on the 3rd October 1936. He stayed for a short period at Chester. It would appear he was one of the managers’ that were sent to open a new theatre. In 1938 he edited the magazine Progress for the Odeon. He had become a joint Assistant General Manager.
Between Harry Yorke, and the last general manager, the Odeon Chester has had many fine and talented general managers, such as Ronald Brunt, Kenneth Edmonson, John Ellis, Mr. Jolliffe, Chris Dracott, David Elliot, Allan Rosser, Lawrence Hindmarsh, Kerry Heyward, Shaun Dorbar, Mike Rushton, to name but a few. However, the final manager at Chester Odeon was Andrew Elvis. He managed the closing of the building. Andy had worked in cinema management for many years. Starting with the reformed ABC circuit, which was eventually absorbed into the Odeon brand. He was manager over Wrexham & Chester Odeons.  Andy remains with Odeon, which is now part of the largest cinema group in the world-AMC. Recently, and in happier circumstances, he was manager at the opening of the new Odeon multiplexes in Wrexham and Northwich. In Chester however, he will be remembered in local cinema history, appropriately, as when “Elvis has left the building!” 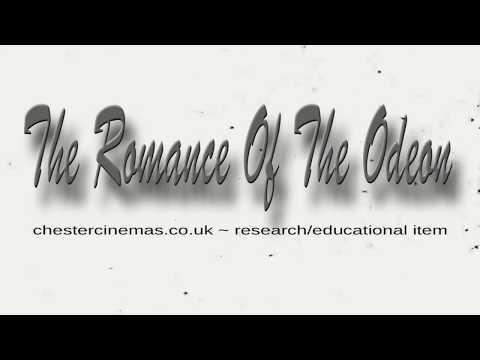 The buildings that once housed two of Chester’s “super” cinemas clock up over eighty years each this month.

In these remarkable pictures taken in 1974, it is sad to note what disregard was given to these masterpieces of cinema design by the then owners. Within a few years of these pictures being taken, both cinemas were to be turned into multi screens.

Richard Blanshard was born in Essex and grew up in Pinner. He is an all rounder, having worked in music and film. He left school at fifteen and first worked for Kodak in their motion picture department. He has won a number of awards, including the Arri John Alcott award. He has worked with many notable film directors, including Fred Zinneman and Brian De Palma. Asked what cameras he uses, he said, they include the Red Dragon and Red Weapon. Sony is used for his still work and he helped them launch their Alpha range. Nikon was the camera of choice when he shot film. He has been an honorary friend of the British Society of Cinematographers (BSC) for over fifteen years. He regularly supplies them with images he has taken at their various functions.

Chief projectionist, Charlie Jones is seen here in the newly formed projection room at Chester’s ABC cinema.  He started work at the cinema as a page boy soon after the ABC Regal opened on 30th October 1937.He moved into the projection department where his father was the chief. Apart from his National Service in the Royal Navy, he remained in employment at the same cinema throughout his working career. He became chief projectionist in 1968 when his father, Hugh Jones retired.  He took an active interest in the “Live on Stage” shows that took place on a fairly regular basis. As acting Stage Manager, he travelled to other ABC theatres with some of these shows, which included Shirley Bassey, and Morecambe & Wise.

Charlie Jones on the ABC stage during the week long run of Oklahoma. 20th February 1969

He retired to Llandudno several years before the cinema, now renamed as Cannon, closed and transferred it’s business to the Sealand Road multiplex site. Charlie passed away on 27th September 2012. 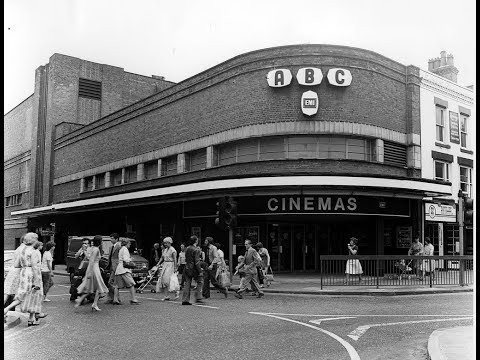 Sydney Wylie Samuelson was born in 1925 and on the 7 December was ninety years old. He is the son of film pioneer, producer and writer George Berthold Samuelson (1889-1947), who created Worton Hall and Southall Studios. Worton Hall in Isleworth housed one of the earliest film production companies in the UK.

Sydney left school aged fourteen in 1939 and went to work as re-wind boy at the new Luxor cinema, Lancing in Sussex, which opened its doors in January 1940. The chief projectionist was a Mr Frank Chipperfield, who was a hard taskmaster. After working in various cinemas in the Midlands for ABC and a news theatre, he went to Gaumont British News, in the editing department. After serving in the RAF, training as a flight navigator, he went into documentaries in the camera department. 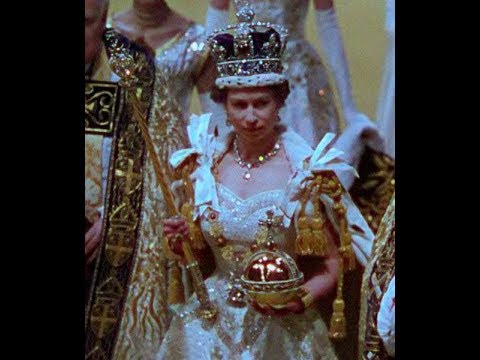 Click on the above picture to view Coronation footage

In 1953 he was one of several cameramen to photograph the crowning of the Queen in Westminster Abbey. A year later he set up Samuelson Film Service, first hiring out film equipment from his spare bedroom. Renting a half shop in Hendon followed this. Later, his three brothers became involved and in the 1960s premises were acquired in Cricklewood Broadway, London. Later they opened The Production Village in Cricklewood, which had its own pub called The Magic Hour. The company also had branches in Paris, Amsterdam and at Heathrow airport for airfreight handling. Further afield they were established in Australia and in four states in the USA. They went on to buy the famous Hammer Studios at Bray. Samuelson’s became a company that was known and respected worldwide. Sadly David Samuelson recently passed away.

He was the subject of ‘This is your Life’. He ran the London Marathon in 1982 and was the first cameraman for the UK version of the Candid Camera series, and shot the one about the car with no engine.

THE GREAT CARUSO shown first at the GAUMONT Chester in 1951 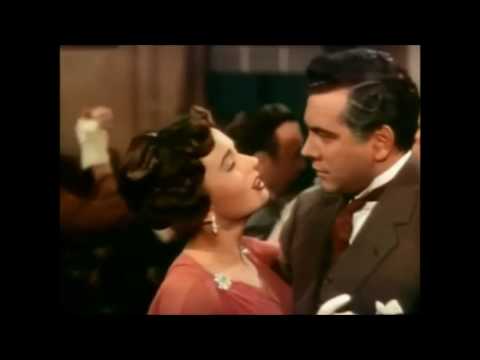 Steadicam and camera operator Peter Cavaciuti was born in Barnet, North London. As a child he would often visit the cinema with his parents. The film that made the biggest impression on him was 2001 a Space Odyssey (1968).

Cavaciuti’s passion as a child was drawing, and at eighteen he went to the Hornsey college of Art. They had a film department and a film club and it was there he saw Martin Scorsese’s Mean Streets (1973). “It was seeing that film that pushed me more towards film making,” he said.

He started to make films on the 8mm format and one of his tutors told him there was a trainee camera operator required for the Liverpool soap opera Brookside. He applied and beat over seven hundred other hopefuls. After two years in Liverpool he began to learn how to operate the steadicam, which Brookside had started to use. Later, other TV work included The Glam Metal Detectives, five episodes and The Comic Strip Presents, one episode.

Cavaciuti remained on Brookside a further six months, gaining steadicam experience. He then worked on his first feature Letter to Brezhnev (1985) as the first assistant director. He once considered directing but realised his heart was in camera work. Following this, he went back to camera work and returned to London to work on pop videos and commercials. During the course of this work he met several feature film cameramen including Roger Deakins on an Eric Clapton Forever Man promo. There was now a demand for steadicam and he was one of a handful of operators using it. He bypassed the loader and focus puller stages, becoming an operator. Asked how long it took to master steadicam, he said, “It takes a few months just to get the basics of operating steadicam, but it takes years before you can cope with most shots that are thrown at you. There are still challenges, of course, even in the simplest shots.”

Did he ever consider becoming a DP? “I thought about it but I like operating and steadicam operating so much that I think that is where my heart lies. Operating is my passion. I think it comes from my interest in art. There is something about organising things in a frame that really stimulates me. It’s a demanding but an incredibly rewarding job.”

In the November update~

*Start looking forward to Chester’s new cinema, Picture House. Operated by Cineworld, why it will be so different to the other multiplexes