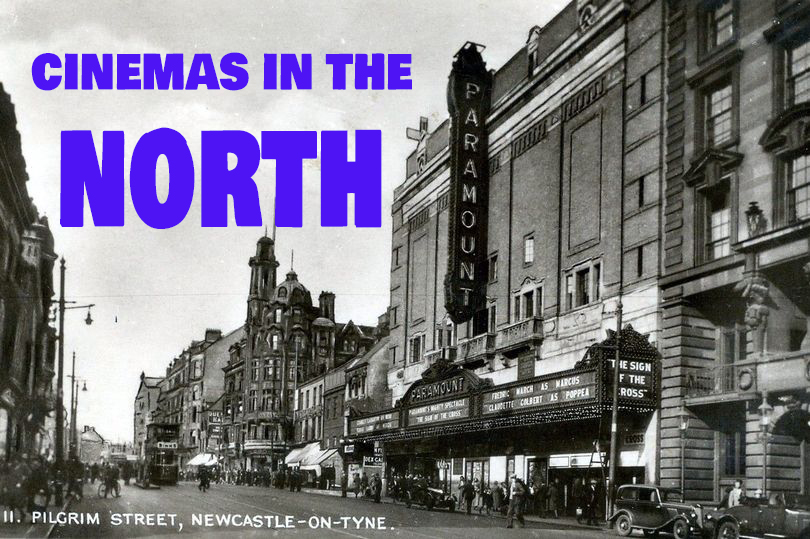 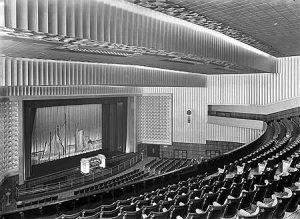 With seating in the circle for 936 and stalls holding 1598 the cinema was the largest of the original Odeons opened by Oscar Deutsch up to that date. At £49,500,  it cost considerable more than previous Odeons. The architects were Harry Weedon & W. Calder Robson. 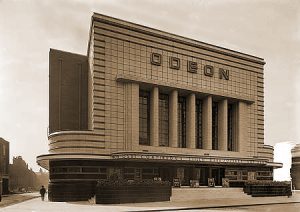 The imposing and elevated entrance

With a prominent position corner position of Ashburner and Black Horse Streets, it occupied the whole island site block in the centre of the town. The elevated front of the building was clad in cream faience tiles with borders of green tiles and black tiles at street level.. Six deep set high windows were placed above the main entrance doors topped with a giant of an Odeon neon sign. 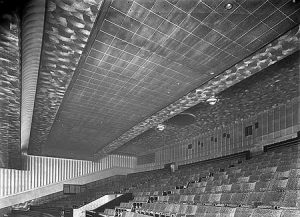 The rear circle of the Odeon Bolton

The ceiling of the auditorium was stepped down towards the stage, with fluted or what could be described as vertical corrugation finish walls. The overall appearance  lacked decorative plaster-work with reliance given to the subtle  lighting to give atmosphere. However, the wide proscenium was flanked honeycomb grill work.

The COMPTON organ at the Odeon Bolton

Organist Harry Croft opened the Compton 3Manual/8Ranks organ with illuminated console which rose from the centre of the pit in front of the stage. 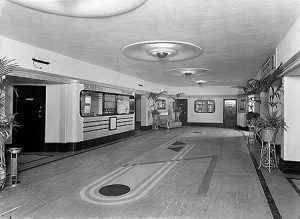 The entrance foyer of Bolton Odeon

The cinema boasted a large cafe.  Like many large cinemas, it’s stage could be put into use for concerts and during the 1960s hosted pop shows.  It became one of the early triple screen conversions during 1972, with a disappointing two small screens in the stalls area and the circle becoming the largest screen. Just eleven years later all three closed on Saturday 8th January 1983 with “Mary Poppins” in Screen 1, “A Midsummer Night’s Sex Comedy” & “Hooper” in Screen 2 and “Flash Gordon” and “Battle Beyond the Stars” in Screen 3.

The building was converted back to a single auditorium for Top Rank bingo use. Re-named Mecca Bingo it closed during November 2004 and after laying derelict it was demolished in February 2007