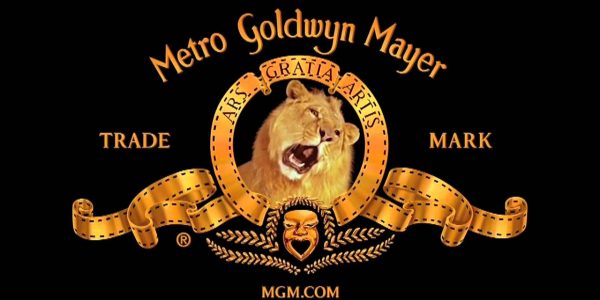 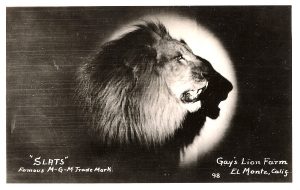 FROM LIONS TO GONGS~the first in a series, discovering the history of the famous film trade marks

The MGM trade mark has remarkably stayed in the same format since it was first used in the release of the 1917 silent film, Polly Of The Circus. The original logo was designed by Howard Dietz and used by the Goldwyn Pictures Corporation studio from 1917 to 1924. On screen the company was just Goldwyn Pictures, named after Samuel Goldwyn. This trade mark was the basis of the one we see today, with the lion circled by film that flips into ribbons, with the Latin motto ARS GRATIA ARTIS, which translated becomes Art for Art’s Sake, to designate art that is independent of political and social requirements. The “Greek theatre” mask which is placed below the lion appears sinister because well, it is. It represents Satan with his “black heart” for a mouth. 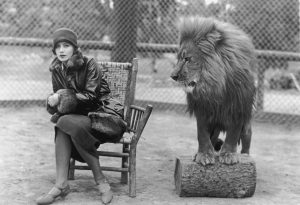 A nervous Greta Garbo with Jackie

was the first lion used for the newly-formed studio. Born at the Dublin Zoo and originally named Cairbre, Slats was used on all black-and-white MGM films between 1924 and 1928. Goldwyn Pictures was ultimately absorbed into the partnership that formed MGM, and the first MGM film that used the logo was He Who Gets Slapped (1924). Unlike his successors, Slats did nothing but look around in the logo (as did the Goldwyn Pictures lion). Slats died in 1936; his skin is currently on display at the McPherson Museum in McPherson, Kansas. 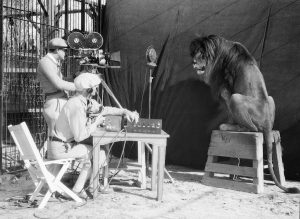 Jackie was the second lion used for the MGM logo. He was also the first MGM lion to roar. This was done for MGM’s first sound production, White Shadows in the South Seas (1928). Jackie appeared on all black-and-white MGM films from 1928–1956, as well as the sepia-tinted opening credits of The Wizard of Oz (1939). Jackie appeared in over a hundred films, including the Tarzan movies that starred Johnny Weissmuller.

Telly & Coffee were two lions used as early experiments with colour, followed by what many prefer as their favorite lion Tanner. MGM began producing full three-strip Technicolor films in 1934. Tanner was used on all Technicolor MGM films (1934–1956) and cartoons (late 1935–1958, 1963–1967). The Wizard of Oz (1939) had the Oz scenes in color, but it had the opening and closing credits (and the Kansas scenes) in sepia-toned black-and-white, so it used Jackie instead of Tanner. 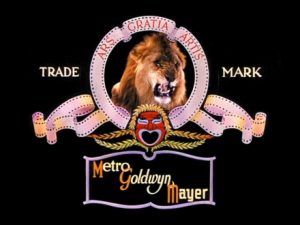 Tanner, whose first appearance was before the short subject Star Night at the Coconut Grove (1934) (his first feature film appearance was before Sweethearts four years later, in 1938), was MGM’s third longest-lived lion to be used (for a total of 22 years), after Jackie (who was used for a total of 28 years) and the current lion Leo (who has been retained for over 56 years). It is this version of the logo that was the most frequently used version throughout the Golden Age of Hollywood, although colour did not really become the norm until the 1960s, and even then, many movies were still being made in black-and-white. 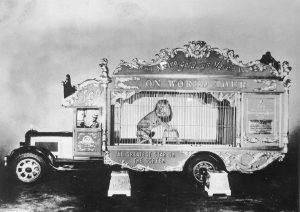 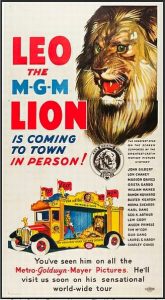 Tanner and Jackie were kept in the change from Academy ratio films to widescreen CinemaScope movies in 1953, with Tanner for color movies and Jackie for black-and-white films. The logo was modified for this change; the marquee below the ribbon design was removed, and the company name was placed in a semi-circle above the ribbons.

George The sixth lion, officially named George, was introduced in 1956, and appeared more heavily maned than any of the predecessors and the current lion. His run was a short two years 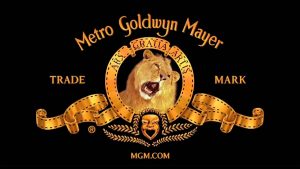 LEO ~ The most famous MGM lion of them all 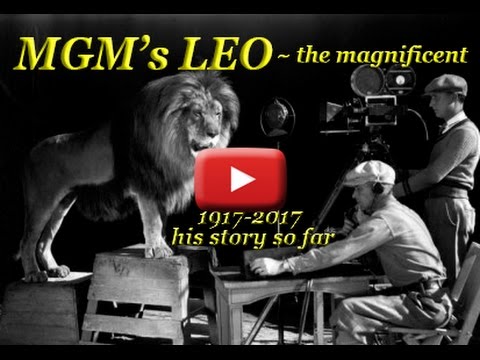 LEO the seventh lion, and MGM’s most famous lion, having appeared on most MGM films since 1957. He has a smaller mane than any of the other lions (which is because he was at a very young age compared to his predecessors when his roaring was filmed). Of all the lions, he was the only one that was named Leo, although the others were nicknamed Leo.

In addition to being used as the MGM lion, Leo also appeared in Tarzan movies, in addition to other productions such as the religious epic King of Kings (1961), Zebra in the Kitchen (1965), Fluffy (1965) and Napoleon and Samantha (1972).

The cinema organ was once part of the cinema going experience in many cinemas. Several companies made these wonderful instruments including Compton and Wurlitzer. In the early days it came in for some criticism. A 1928 article by a Mr Arthur Mason, said that organ lovers are shocked by the arrival of the cinema organ and are perturbed by the appearance of this interloping newcomer. A book by a Dr George Tootell was published in 1927 called ‘How to Play the Cinema Organ’. Tootell was described as a pioneer of that branch of musical art. He was the first British organist to play a general cinema organ. In 1939, the Daily Mail reported that a Mr Albert Lander from Nottingham played hymns at the Baptist Tabernacle on a Sunday, and fearsome roars into Tiger Rag at the Regent cinema during the week. It was the same organ because the Tabernacle and the Regent shared the same building.

On the 2nd March 1931, Chester’s first super cinema, the Gaumont Palace, which was originally going to be called the Regent, opened its doors. The cinema installed the Compton organ, and during intervals its thunderous sound could be heard. In the opening week the instrument was played by Leslie James, a famous organist, who had made many radio broadcasts. 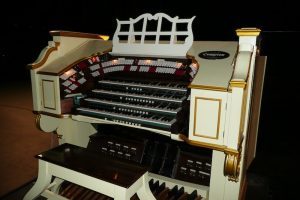 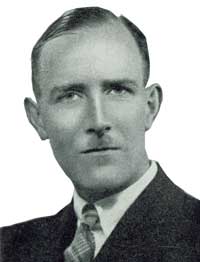 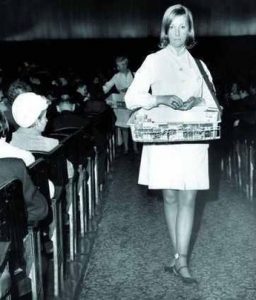 THE ART OF WALKING BACKWARDS! A stipulation for ice cream sales was that the girls had to be able to walk backwards (stalls only), in order for the trays to be seen clearly. Dark selling was also considered acceptable, when the sales staff were out with their trays during the film.
Huge income was generated from tray sales. The large cinemas such as the ABC would have up to twelve sales girls out at a time during the intervals.

Even in 1938 the roof of Chester’s Odeon was a favourite place for staff to get some daylight on their breaks.
The white box seen in the background contained a rope ladder (later chain) that was there as a means of escape in case of fire. I often imagined some of our senior staff members climbing down this. It remained in place until near to the closure of the Odeon. 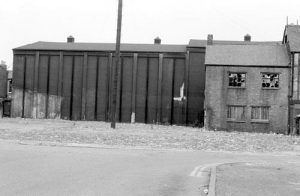 The rear of the Majestic cinema seen shortly before demolition c. 1969

The side of the Majestic cinema in Brook Street that was seldom seen. The auditorium was a respectable size (1,160-seats), and was kept in a fairly good state of repair by the then owners…Rank.

This 1969 photograph shows it in an area that was being demolished to make way for the link road towards Chester’s ring road, soon after this picture was taken it too was demolished, leaving the Brook Street frontage intact.
The bingo operation was transferred to the ex.Gaumont cinema/ bowling alley, a short distance away in the same street. 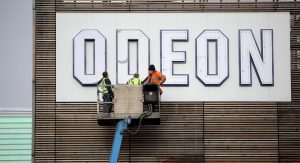 What’s in a name? Plenty if it happens to be the most famous in UK cinema history. According to Oscar Deutsch’s son, the name was suggested to his father by a friend who had seen it used on cinemas in Europe. The style of the lettering was devised by Birmingham sign makers Pearce Signs. Today’s Odeon lettering is an adaption off the original design. Oscar Deutsch Entertains Our Nation was thought up by a wit in marketing sometime later.