Our monthly updates will change from January 2020 to a continuously updated page with a quick reference index. The update tab on the menu will remain in the same position.

TEST YOUR MOVIE KNOWLEDGE WITH OUR CHRISTMAS COMPETITION 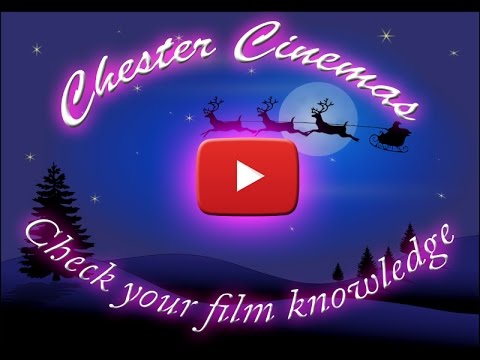 THERE have been many notable cinema architects that have produced some of the finest cinema buildings in the UK. Sadly, many of their creations are no more, succumbing to the demolition hammer. Fortunately, a number of their fine buildings still exist, even if they are used for other things. Architects included Harry Weddon, Robert Bullivant, Sidney Colwyn Foulkes, Robert Cromie, Peter Cummings, Alfred Ernest Shennon, William Riddell Glen and William T. Benslyn.

Benslyn was born on the 25th April 1885 at Bridgetown, Cannock Staffordshire. He was educated at the King Edward V1 school in Birmingham. He was articled to Alfred Long, architect and surveyor, of West Bromwich, near Birmingham. He was awarded the National Scholaship in archtecture and King’s prizes in architectural design and architectural history in 1902. On completion of his articles he studied for four years under Professor Beresford Pite and worked in the Painting Schools under a professor Moira. After spending some time in Cambridge he returned to London as chief assistant to Atkinson and Alexander. They were engaged in the erection of a number of early PCT houses.

At the outbreak of WW1 Benslyn joined up in Kitchener’s army. After the war he joined Robert Atkinson’s office as a junior partner during the erection of the Regent Brighton. In 1923 he was awarded the Silver Medal of the Royal Institute of British architects and left for America. On his return to England he commenced independent practice.

William Ridell Glen was born in 1885 in Hutchesontown in 1885. His middle name comes from his mother’s maiden name. Glen was a student at the Glasgow School of architecture. He studied in 1900 and had an apprenticeship with a firm called Burner, Boston and Carruthers. In 1904 he went to practice with John Archibald Campell. He served in WW1 with the Glasgow Highlanders, rising to the rank of Major and winning an MC. In 1919 he went back to Glasgow and became a partner with Albert Victor Gardener and it became known as Gardener and Glen, with offices in Bath Street, Glasgow. They specialised in the design of atmospheric cinemas. Glen moved to London in 1929 and the partnership was dissolved. He got himself a position with Associated British Cinemas and went to work for John Maxwell. He was forced into early retirement by illness. Glen continued to be a consultant for ABC. He passed away on the 19th February 1950.

Harold William “Harry” Weedon was staff architect for Odeon. He was born in 1887 in Handsworth Birmingham and was educated at at King Edward’s School in the city. From 1904 he studied architecture at the Birmingham School of Art. At the age of twenty- four he was made an associate of the Royal Institute of British Architects and went into partnership with Harold S Scott. In 1914 he became a pilot in the Royal Flying Corps, serving until 1917. He went into the catering industry and resumed his architectural talent in 1925, designing houses and industrial premises. In 1932 he was doing work for Deutsch and Brenner, which brought him to the attention of Oscar Deutsch. Between his appointment in 1934 and outbreak of WW2, the Weedon office designed or consulted on over 250 Odeon cinemas.

It is said that Weedon’s role has been likened to an executive producer, creating house style and maintaining quality. For example, the Odeon Chester is generally thought to have been designed by Weedon, but it was built to the design of Robert Bullivant from Weedon’s practice. Weedon died on the 17th June 1970.

There were many architects that specialised in cinema buildings, which unfortunately were not looked on in the same way as theatre. Many of the designs were influenced by the architecture in American cinemas, but each architect put their own stamp on the buildings they designed. Some examples have been saved and listed. The CTA go a long way in making this happen. 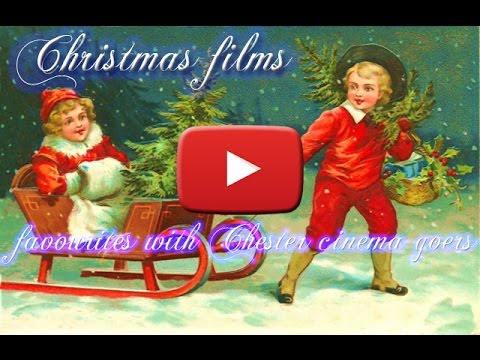 Santa with some of the management and staff of the Gaumont Cinema. Back row…2nd left-Elsie Edge, 3rd- Mrs. Edwards, 4th- Mrs Davis. Next to Santa on the right is Marion Aldridge, extreme right is Ernie Ellwood. Front row left-Joan Massey.

The sweeping curved inner foyers of the Curzon, designed to cope with the large volumes of customers.

The fabulous CURZON cinema in Old Swan, Liverpool. A masterpiece of cinema design.  Click on this link to see it >>https://www.chestercinemas.co.uk/16920-2/

Although seldom seen by the customers at the Odeon in Chester, Dorothy Furber played an important role as head cleaner during the 1970s. Together with her small team of five, they were often described as the “gleam team” for keeping the cinema sparkling clean. Dorothy is seen proudly accepting her long service award from manager, Mabel Douglas.

Leon Gaumont. His surname used on hundreds of cinemas.

A photographs of Leon Gaumont taken in 1928.