Marvelous news from Kay & Peter Cooke who have sent in pictures of Kay’s parents, Gwen & Ron Thurling, who met and married when they were both employed at Chester’s largest cinema, the ABC Regal when it first opened.

Gwen Artel was born in Russell Street, Boughton, Chester. Ron was from across the river in Handbridge. Their “Silver Screen” marriage was one of sixty one happy years which all began in Chester cinemas.  They are both featured above in this early staff picture taken in the circle foyer of the ABC REGAL cinema.

Met & married while at Chester Odeon ~ PRYNEA and TERRY GREGORY

When Prynea Rumsey joined the Odeon staff in the sixties little did she realize that way up high beyond the projection beam was her future husband-to-be, Terry Gregory, who was one of the projection team which included the original chief projectionist Ernest Hall, and Gordon Potter the second operator.  Their wedding took place on Saturday 14th June 1969, a warm sunny day at Saint Mark’s Church in Saltney. Gordon Potter was the Best Man. Rumour had it that the vicar had enjoyed a few sherries before the service. Whether that was a joke , who knows? However, Prynea tells us that the vicar’s name was Frankie Howard!

“A Good time was had by all” says Prynea, who enjoys her retirement with Terry in Chester, and is a member of Chester Cinemas Facebook group.

Cinema manager Lawrence Hindmarsh arrived in Chester in 1985. A Yorkshire man, he had a long and varied background in cinema management, which included working at some of Odeon’s largest theatres in Leeds and Bradford. He previously managed Odeon cinemas in Liverpool (the ex. Gaumont Dingle), Ashton-under-Lyme, Southport, and Scarborough.

Within a year of arriving, Laurie was very much involved in a major refurbishment of the building, this was in line with the cinema’s golden jubilee anniversary. He hosted a Gala Civic Evening to celebrate the mile-stone event which was completely sold out.

A keen pianist, he also had an interest in the cinema organ. Although the Odeon was not equipped with a cinema organ, Laurie arranged for the famed Midland organist, Steve Tovey, to bring along a portable organ to play at this and other events that he was to arrange.

Laurie pictured at the centre back row, promoting “THE KARATE KID”

Laurie was very much a publicity person. Promoting the cinema vigorously, which was the norm for that generation of cinema manager.  He made many friends with the local press, and with the businesses that would flock to support his many ambitious film promotions, whether at the cinema, or around Chester itself.

When the company decided to add two more screens, making the Odeon a five screen venue in 1991, Laurie embraced the idea as he knew with the threat of multiplex competition, the extra screens would assist him to challenge them fairly.

He enjoyed his tenure as General Manager, which lasted for nearly a decade, retiring to live just outside Chester, where he retains interests with everything that is happening within the cinema industry, keeping in touch with his cinema friends.

In the ’30s and ’40s there were many studios turning out films to satisfy the hunger for the movies. Sadly, many have gone and the sites used for other purposes, such as housing estates. Elstree was the home to a number of Studios. They included the Gate Studios, now long gone.

Still there, is the old Associated British Picture corporation studio, now just known as Elstree Studios. Many big films have been produced there, including Star Wars. A lot of TV material is now shot there. Also standing, across the road from Elstree Studios is the old ATV studios, which years before had been the Rock studios run by American Joe Rock.  This studio is now used by the BBC for programmes such as Eastenders and Casualty.

There was a large MGM studio at nearby Boehamwood, where many great British pictures were shot. Margaret Rutherford in the Miss Marple films were photographed there. This was known as MGM British Studios.

At Ealing there is still the studio that is famous for many George Formby, Gracie Fields films, as well as the famous 1950s comedies and some serious dramas, including It Never Rains on Sunday.

There is still Pinewood and Shepperton turning out excellent material. Pinewood is home to the James Bond movies and all the Carry On films were shot there.

There was Nettlefold Studios, turning out low budget television material such as Robin Hood, starring the late Richard Greene.

At Merton Park they filmed the Edgar Lustgarten Scotland Yard films and the Edgar Wallace shorts. A bust of Edgar Wallace would move around in the Mist during the opening credits. This was shot using a gramophone turntable. There was Beaconsfield studios that became the National Film School, Lime Grove Studios in Shepherds Bush that had been Gaumont British, where Hitchcock shot some of The Thirty Nine Steps, before being run by the BBC. There was Riverside and several others. Some studios have been completely demolished, such as MGM, which is now a housing estate. Lime Grove was also demolished. 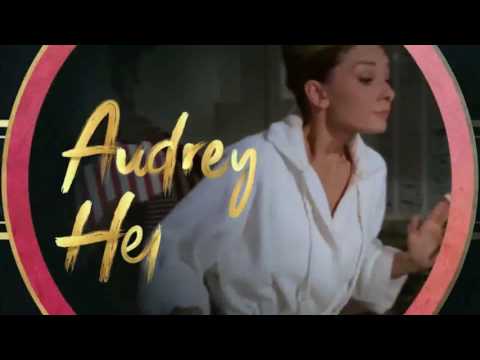 Margaret Cooper was a respected and liked cinema person to the many customers at Chester Odeon, being employed there from the early forties for nearly four decades and affectionately referred to as Coop by her colleagues. She was originally employed at the ABC and was there from it’s opening day on Saturday 30th October 1937.
From being an usherette at the Odeon, she then fronted the sales operation in the sweet kiosk from the sixties.

CINEMA DOORMEN OF PAST YEARS

A well remembered commissionaire, or cinema doorman was the late Jack Lally, who for many years welcomed customers to the ABC cinema. He had been employed for more than three decades at the venue. He is pictured here in the entrance hall of the ABC.

Hugely popular with members of the public, and members of staff alike was Keith Addis. A part-time doorman in the mid seventies, he was an important integral part of the smooth operation of the cinema when it was not only extremely busy, but was also being transformed into a three screen “Film Centre” without closing. The management depended on Keith’s professionalism in the daily challenges of coping with a difficult environment. He now enjoys his retirement and lives in Chester.

Another familiar cinema doorman was Joe Villanti, who was employed at the Odeon from the mid seventies. His wife Pauline was a cashier working alongside him in the entrance hall. Joe moved across to the Chester International Hotel (Crowne Plaza) as a porter when it first opened.

Pictured here in the Classic (Tatler) projection room is chief projectionist John Lightfoot. A man with a long history in cinema projection. Many Saltney people will remember him as a projectionist at the Park cinema on St. Marks Road.

He was accomplished in projection installation and servicing for the forces cinema network.

This coming month, ROGER SHONE will have a page on this website covering all the different equipment that he has managed to save and restore from Chester’s cinemas and Royalty theatre. The page can be accessed on the opening menu from June 30th

the refurbished staircase at the STORYHOUSE

We have BOB HADFIELD to thank for this outstanding picture of the refurbished staircase which once led up to the circle lounge. Bob once worked at the building when it was the ODEON cinema.