Final films shown as the Gaumont: “Two Rode Together” and “A Question of Suspense”.

Re-opening films shown as the Apollo: “Uncle Buck”,”King of the Wind” & “Leviathan”.

Final film shown as the Apollo: “Harry Potter and the Goblet of Fire”.

The Plaza cinema was built on a site along High Street, Crewe that had previously been occupied by the Queens Hall, a 700 seat cinema.

Within six months of the old structure being demolished, the replacement, a much larger cinema called the Plaza held a “Grand Civic Opening” on Armistice Day 11th November 1933. 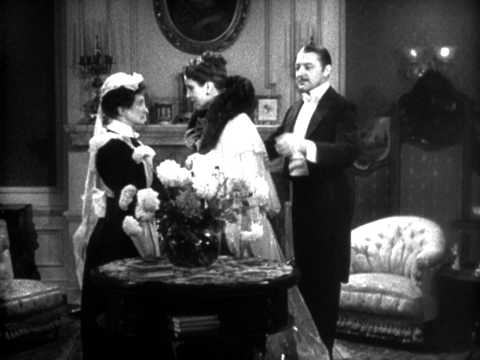 Click on the above frame to view a clip from CAVALCADE

The first film to be shown was Noel Coward’s “Cavalcade” starring Diana Wynyard and Clive Brook. The seating capacity between the stalls and the balcony was 1400. Admission prices for the opening week ranged from 7d to 1/6d.

The main entrance was situated central to the bland rendered facade. The auditorium was set back behind this frontage running parallel to High Street. The stage was fully equipped with a fly tower. There was a cafe on site .Unfortunately no interior photographs exist.

The projection room at the Plaza Crewe

The projection room was equipped with Kalee equipment and Western Electric Mirrophonic sound.

It is thought that the Plaza showed the first CinemaScope film in the town when the Twentieth Century Fox production of “The Robe” was shown on 11th October 1954.  Full advantage was taken of the wide proscenium to show off this new format on a screen measuring over 40ft in width.  By now Rank had acquired the premises, changing the name to the Gaumont from 27th May 1956. However, the cinema business under this company was short. The final film shown under Rank’s management was  “Two Rode Together” and “A Question of Suspense”. The company closed the Gaumont for cinema exhibition on Saturday 12th August 1961.

Like many similar acquisitions of that era, Rank tried different areas of entertainment for this site. For a short time the building was used for Top Rank dancing and re-named the Majestic Ballroom. Beat nights were a feature at the Majestic, advertised as “The biggest Rock since Blackpool Rock”. Full use was made of the generous stage.

The following year the Beatles played at the Majestic Ballroom TWICE in just over a week on the 12th & 20th August 1962. It was the only time that the group appeared in Crewe. The Majestic eventually gave way to bingo when it was converted into a Top Rank Bingo Club, opening it’s doors to members on 8th August 1965. The building was sold on to a Burnley based company, Hutchinson’s Surewin Bingo.

Eventually the business was sold to the Apollo Leisure Group who decided to re-introduce cinema back into the building. They ambitiously converted the now well worn structure into a bingo operation in the stalls area, with two cinema screens situated in the original balcony area with films shown from the original projection room. Each screen held just 100 seats each. A further 93 seat movie theatre was created in the redundant cafe/balcony lounge area, with a small projection room built into that area.

The opening of this latest venture took place on Thursday 24th May 1990 when the opening features were “Uncle Buck”starring John Candy, “King of the Wind”starring Richard Harris & “Leviathan”starring Peter Weller. Cinema business continued for just over fourteen years at the Apollo until a multiplex cinema built nearby forced it to close very quickly on 1st December 2005.  Even the latest blockbuster, “Harry Potter and the Goblet of Fire”, failed to fill one screen. A decision was made on Thursday to close immediately after selling just two tickets for that night… Apollo Cinema Ltd operations director Gerry Tate told local press: ‘The Crewe cinema has been operating at a loss for several years but we kept it open as a service to the community”.

In late 2006 the stalls area re-opened as a concert venue known as the M Club. Screen one in the balcony area was used as a studio for local radio CAT FM. These ventures ended during 2010 when Sainsbury’s Supermarkets bought the lease with plans to build a store on the site. However, once Sainsburys discovered that Tesco had acquired a site directly opposite their proposed new store the building was sold on and eventually demolished during 2016.