During the early 1930s the Shipman and King cinema circuit acquired the Court Cinema on Water Lane in Berkhamsted, Hertfordshire. In line with company policy they began to search for another site in the town to build a second cinema. Tentative negotiations took place on a site to the east of Berkhamsted, a corner site on Swing Gate Lane. However, S&K Cinemas eventually secured a large, more central prestigious location on the High Street.  A fine 350 year Elizabethan building, Egerton House, occupied the site and was duly demolished in 1937. Building work on the new cinema and a large car park at the rear commenced promptly, with huge excavations required as the site was on a steep hillside.

This palatial cinema was to be constructed to the design of a young architect, David Nye, who had worked on several past S&K cinemas. This was to be his final project for the company before the outbreak of WW2.  Integral to his ambitious design was a parade of five shops and above them two story flats, positioned to the right of the cinema’s entrance on the corner of the High Street and Three Close Lane.

The Rex cinema’s entrance on the corner of the High Street in Berkhamsted.

The facade of the Rex was modernistic, with high vertical windows set above above a deep curved concrete canopy that had a large sign that simply stated “REX”. The entrance steps led patrons up to a bank of five sets of double doors.

David Nye’s impressively designed double-height entrance foyer was dominated by a three tiered fluted edge cove aperture with a fabulous Art Deco light fitting, fixed centrally and cascading down directly over a central island pay-box.  Behind the pay-box was a staircase that led to the stalls, whilst left and right were two side staircases that met on a bridge that accessed the balcony foyer.

The main entrance foyer of the Rex cinema, Berkhamsted.

Art deco mirrors were placed on the mid way landings of the stairs. The wall decoration incorporated vertical lines design to give even more emphasis to the foyer’s height. The auditorium was built parallel to the main street, so ran side on to the facade. Interestingly, in an effort to optimise the auditorium space, the projection room was constructed on the outer side of the building by extending the balcony rakers beyond the auditorium rear wall, high above the side road off the High Street, and was accessed via a external iron staircase. Many thought that the architect had forgotten about the projection room, but auditorium space was at a premium and this was David Nye’s solution, although it was considered an unsightly elevation on the side of the building.

Café and dining room at the Rex cinema.

It is evident here of the importance of a café to a Shipman & King cinema development as the tastefully decorated café and dining room was located on the ground floor between the main entrance foyer and the stalls, which reduced the stalls area so that the circle had more seats than the stalls. The total seating capacity being 1100.

The auditorium of the Rex cinema viewed from the rear of the balcony.

Entrance to the balcony was by two vomitory stairways leading onto a central cross over gangway. A generous recessed oval coved ceiling feature provided ample defused light to the stalls area below. Four large cylindrical light fittings fixed close to the ceiling provided illumination to the balcony.  On the splay walls either side of the stage was an arrangement of lights concealed in opaque scallop shells shades, set in lines of pronounced stucco plaster curves to resemble waves. The proscenium encrusted grill work was a beautiful work of art,  the creation of Eugene Mollo and Michael Egan, who were favoured by Shipman & King.  The broad ornate grill of stylised floral Art Deco of the proscenium cleverly concealed ventilation ducts.

Another new S&K cinema ~ The REX Cinema, Berkhamsted. Opened by Lady Davidson on 9th May 1938. Alf Shipman is 2nd on the left. Sam King is 2nd from right.

The cinema was opened on 9th May 1938 by Frances Davidson MP. Dignitaries attending the Gala Opening were British film star, Ralph Lynn together with Alfred Shipman and Samuel King.  The first film shown was “Heidi” starring Shirley Temple. 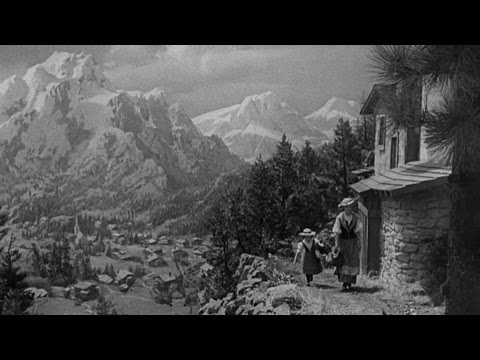 Click the above frame to watch the full movie of Heidi

The Rex enjoyed healthy business under the S&K management for the following three decades, but like most cinemas of that size it began to suffer the loss of audiences during the 1960s. In January 1973 it was taken into the portfolio of the Star Group who promptly renamed it as Studio 1 with the intention of operating it as cine-bingo. Films were shown Sunday to Wednesday, the remainder of the week gave way to bingo. Following another change of ownership to Zetters, on the 7th April 1976 “Rollerball” was the final film to be screened on the large single screen and the building was closed for conversion.

The façade including The Rex Leisure Centre and the parade of shops and flats.

Two cinemas were formed in the balcony area seating 263 in Studio 1 & 163 seats in Studio 2. Bingo operated in the stalls area.  This situation lasted little more than twelve years when the lease expired in February 1988.  As rumours circulated of development plans for the building to be demolished, the CTA took interest in the situation. At this time the building received a spot-listing Grade II by English Heritage on 26th February 1988.  Sixteen years of protracted and determined planning applications followed. Attempts to have the English Heritage listing withdrawn was foiled by campaigners. In 1997, an equally determined group called  Friends of the Rex were formed with an ambition to return the Rex to its original single screen glory. However, more plans were presented for different schemes. Eventually there was a favourable outcome when a deal was accepted for the land that the former car park and original flats was released for a housing development.  The main entrance was now sectioned off and leased as a restaurant, leaving James Hannaway to oversee the major restoration work of the unique auditorium which included taking down the 1970s partition walls, returning the Rex to a single screen auditorium.

Fabulous! The stalls area of the Rex Cinema. Tastefully refurbished.

A side entrance was formed below the overhanging projection room leading patrons in to a small foyer. The auditorium has been breathtakingly transformed back to it’s original condition.  The stalls now set out with lounge swivel chairs and tables.

Reopening on 5th December 2004 to much public acclaim. The seating capacity was now 350, focussing more on quality rather than quantity, giving customers much more leg room. The refurbishment was in line with the cinema’s Art Deco heritage. A new chandelier and new period mirrors are welcome additions that complement the auditorium which would meet with the approval of the founders, Alf Shipman & Sam King.