One of the largest and most extravagant cinema/theatres in the North West was the Ritz, Birkenhead.  Positioned on the corner of Claughton Road and Oliver Street. It was to be part of the S.M. Super Cinemas Ltd. chain, headed by Southan Morris.

Covering more than an acre this mammoth construction was designed with a “modern simplicity coupled with quiet dignity” by architect Robert Cromie.  A local firm, Lloyd & Cross, was awarded the contract to build “a theatre of such majestic proportions”.  An external feature was a 70’ glass and steel tower that dominated one corner of the building above the main entrance doors. White Portland stone was used on the front facing walls.  Inside a large staircase and foyers led customers into an auditorium that had art deco murals painted on the plain side walls. Ceiling coves contained concealed lighting with footlights and battens on the stage hooked up to the Holophane system that took the lighting through a full colour changing sequence. The proscenium was 56’ in width and little more than half as high.  It had a huge stage area of 75′ and was fully equipped to put on the most adventurous and elaborate stage presentations. Unfortunately it did not have flying facilities due to restrictions set by the local planning committee who stipulated that the height of the stage should not exceed that of the auditorium. A member of that committee owned a nearby theatre and it was feared that the Ritz would cause a problem for his theatre if they put on regular stage shows.

Typical of cinemas of this short of grandeur, there was a café/restaurant that was open for 12 hours each day from 10.30am.

The Ritz in concert

A view taken from the front stalls with the Compton organ on the left of this photograph.

Opening on Monday 4th October 1937 with a glittering line up of celebrities headed by one of the top British stars of that time, Gracie Fields, who together with the Mayors Of Birkenhead, Liverpool, Wallasey and Bebington performed the opening ceremony on the stage.  The music that accompanied the choreographed dancing by 14 Ritzettes was played by the Ritz Orchestra. Gaumont British News filmed the Gala Opening. 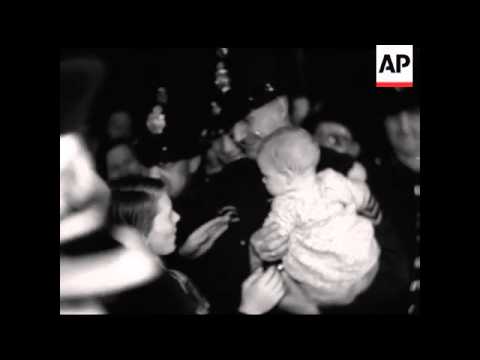 Under the direction of H. Kaufman, an elaborate stage presentation took place on stage.  The first film shown was “The Man In Possession” featuring Jean Harlow & Robert Taylor.

The name”Showplace Of The North”was truly deserved as the Ritz stage was put into top gear by manager, Bill Boht, who booked in top artists and bands of that era. Boht had arrangements with the Empire Theatre and the Paramount cinema in Liverpool to loan their lighting, drapes and scenery to give maximum impact to the dazzling stage interludes.

Just over three years after the Gala Opening disaster struck. During an air raid and after the film performance of “Stardust” had finished, the audience stayed behind to listen to organist Harold Hunt entertain them until, as they thought, danger had passed.  Two bombs hit the building, the first exploded directly in front of the circle killing ten people, including Sally Eglington the cinema’s head usherette, a further one hundred people were injured. Although the front of the building and foyers remained intact, the second bomb had all but demolished the rear wall of the cinema. The severity of the damage was such that the building lay closed and badly damaged until after the war when in July 1946 local architects M.W. & W.M. Shennan were commissioned to draw plans for the renovation of the cinema.  The building work progressed with some speed as the Ritz Theatre opened for business on 13th January 1947.

The refurbished entrance hall of the Ritz Birkenhead 1947

Although many praised the work done to repair the massive damage, it was acknowledged that it was not as elaborately finished as it had been before the bombs dropped.

A second-hand three-manual Christie organ which had been reconditioned by Wurlitzer, that had been originally installed at the La Scala in Glasgow had been brought in to replace the badly damaged John Compton organ.

Billy Cotton and His Band took the stage for the Grand Re-Opening Show. Robinson Clever played the organ which was now advertised as a Wurlitzer. 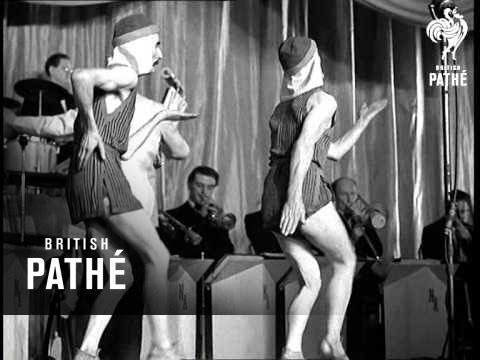 Click on the above frame to view video of the RITZ

A young DAVE NICHOLAS at the Ritz cinema, Birkenhead in 1957.

With appreciation to Richard Wall for researching this poster & photograph.

The Ritz Theatre was taken over by the Essoldo Cinemas chain on 26th August 1954, and was re-named Essoldo. It was closed on 5th January 1969 with Boris Karloff in “The Body Snatcher” and Glenn Langan in “The Amazing Colossal Man”.  The building’s final years were as a bingo hall.

fond memories of visiting the Essoldo~
The absolutely best cinema was the Essoldo in Birkenhead. Why it wasn’t listed I’ll never know – it was a wonderful example of Art Deco architecture. Once you had paid at the ticket kiosk you went through the doors into the entrance where in front of you was a huge staircase. On either side leading up to the stairs were glass cabinets displaying goods from various local businesses. When I walked up the stairs to the top I felt like a princess. At the top, the stairs branched into two one flight to the left and one to the right like in a palace or stately home. The walls at the top were mirrored. Above the stairs was a giant chandelier.

Also upstairs there was a tea room, with a grand? piano, which could be hired for parties. I remember thinking how lucky to be rich enough to have a party there. We did though have tea in the tea room occasionally. It was always better if we could have a seat in the circle. However, I must have had a seat in the stalls on one occasion as I remember seeing the huge organ which was a reminder of the silent movies. I don’t remember if it lifted up from below.

The site of where the RITZ once stood

The Ritz Cinema was demolished during September/October 2000.

Roger Shone©chestercinemas.co.uk         *with acknowledgement to the late Clive Garner archives