The Abbey cinema Wavertree, Liverpool, designed by Sir Alfred Earnest Shennon. The cinema was originally operated by the John F. Wood family, who ran Bedford Cinemas (1928) Ltd. They also ran a number of cinemas, including the Mayfair, Aigburth and the Empire Garston.

The Abbey first opened its doors on the 4th March 1939 with the film “Joy of Living”. The opening ceremony took place at 2.30 and was conducted by a Mr W.T. Lancashire. The film was supported by Mrs Wilf Hamer and her band. It was stated that she appeared by kind permission of the Grafton Rooms directorate. The Grafton was a popular place to go dancing. In advertising the opening, it was stated that the cinema was equipped with perfect architecture, perfect decoration, perfect comfort, perfect sound and vision and perfect programmes. Talk about blowing your own trumpet! They also said “We have thought of everything, come and see for yourself”. They also boasted a car park, deaf aids throughout, coffee, ices etc brought to your seats and a magnificent hall of mirrors.

The main entrance and the tower had a well designed scheme of neon lighting. The local paper said: ‘From the centre of the main entrance hall, with a glass mosaic floor in varying shades of blue with silver stars, rises an impressive column of light, flanked by two similar half columns.’ In the foyer, one wall and the ceiling was completely mirrored. The opposite wall was richly panelled in Australian walnut.

The floor completely laid in wood mosaic, struck a musical note in design. There was a decorative motif in the bass clef Leading up from the foyer to the first floor lounge was a staircase in green terrazzo, which was ten feet wide and enclosed by an ornate balustrading in polished copper and aluminium. Suspended ceilings and plain plasterwork was carried out by Adams Brothers of Liverpool. The decorative work in the interior was supplied and fitted by H.E Wilson (1924) Ltd, who made good use of their Hewiac spray finishing process. The Glass and glazing was provided by Wilkinson and Co, from Liverpool and Birkenhead. The mirrors to ceiling and walls in the main foyer was supplied and fixed by Williams and Watson Ltd, also from LiverpooA novel feature of the foyer was the clock set in the mirrored wall. Two spots of light took the place of the hands. Two pairs of doors lead from the lounge to the balcony. The auditorium ceiling was composed entirely of large domes in iridescent gold and individually illuminated. The walls of the auditorium were treated in wide horizontal bands of primrose, Orange, and gold speckle, separated by bands of silver. The bands lead the eye to the main grilles flanking the proscenium, an interesting feature being the illuminated columns of multi-coloured light, which act as a frame.

Seating was available for 1,126 on the ground floor and 744 in the balcony. Plumbing throughout was done by Liverpool firm Thomas Murtha and son, who also did the exterior painting and a large amount of interior painting – another local firm.

The Abbey was the only cinema in the city to screen three strip Cinerama. The building  closed on 25th January 1964 for conversion into a Cinerama operation.

The Abbey as a Cinerama theatre.

A huge curved screen was constructed in front of the original proscenium. 3 Cinerama projectors where housed in a newly formed projection room at stalls level. The seating capacity was reduced to 1260. The sound was magnetic, and on a separate reel. It carried seven tracks and produced excellent sound separation. The first Cinerama presentation was “This is Cinerama” shown from the 17th March 1964 and ran for seven weeks. Because of cost the three reel Cinerama didn’t last long, though there were a few good features made in it, including How the West Was Won and The Wonderful World of the Brothers Grimm, starring the late Laurence Harvey. 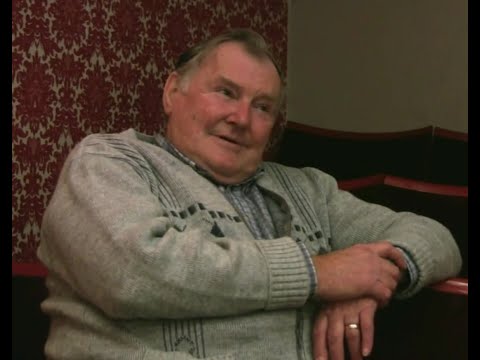 JIM WOOD – a projectionist’s experience of presenting Cinerama. Click on the above frame  to watch his interview.
After the three strip system proved not financially viable, 70mm Cinerama was shown on the the screen, which was made in strips to cut down on reflection.

The cinema closed on the 4th August 1979 with a 70mm showing of The Towering Inferno.

It was recommended to English Heritage that the building, which was under threat of demolition, be listed. Grade II Listed was granted in 2021.

The Abbey used by several retailers after closing its doors as a cinema. 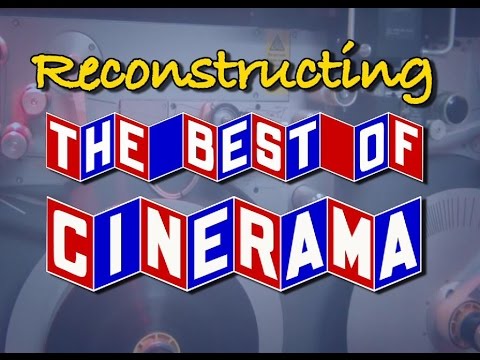 I started at the Abbey cinema in May 1963. It was only going to be a fill in until I found a better job. The fill in job lasted 7 years! I only left when I saw the decline of cinemas in Liverpool at the start of the 70’s. This job was one of the best, I learned a lot from the other projectionists.

I was 15 years old and was paid 4 pounds 10 shillings (£4.50p) per week this lasted until Cinerama arrived my wage went up to £7 per week. The arrival of Cinerama made the projection staff at the Abbey the highest paid in Liverpool.

When the projectors were installed and up and running the sound machine after the first half of the film was out of sync they had to get an engineer from Italy to come over to sort out the problem. He found that the sound machine was wired up in reverse making this fight against the three projectors. Once this was rectified perfect sync restored.

In the early years of Cinerama someone decided to break in and steal the contents of the safe. To get into the what was the Manager’s office was to enter through the huge speakers at the back of the auditorium, what they didn’t know was the Manager had moved to the other side of the Cinema the old office was now being used by the usherettes and the safe had become their fridge. The thieves left empty handed exiting through a side exit leaving behind a bag that was found the next morning by one of the doormen. The contents contained explosives that was not in the best condition. It turned out that the thieves were men who had worked on the conversion to Cinerama not knowing the Manager had moved to a bigger office.

When we converted to single lens operation we did not need seven projectionists it was cut down to only four.

During my time at the Abbey I met my wife. We have been married for fifty years now.