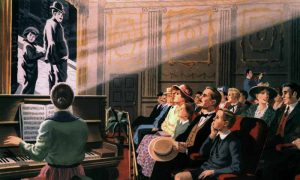 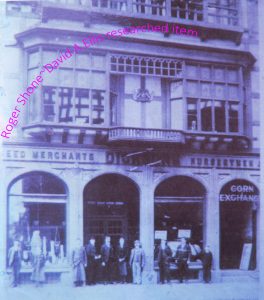 Look carefully at the above photograph. You will see centre of the picture an area in black & white, which highlights the Picturedrome sign.   Rachel Cross advises that the photograph is dated 1923.

A redundant doorman who had worked there, refusing to accept that it was now closed, would stand in front of the new Woolworths store shouting “seats in all parts”.

NEXT in Eastgate Street. The site of the PICTUREDROME

Rachel Cross ( the Secretary of Chester Film Society)… writes ~  The Picturedrome was upstairs in the old Corn Exchange Building, entered up the stairs from the street under an awning with “Picturedrome” in lights. The building facade was altered later on and when it was occupied by Woolworths, but restored to much like its original appearance when Next took it over. 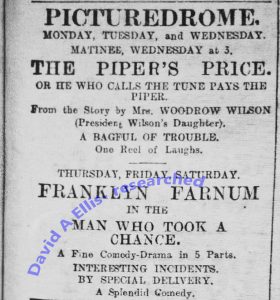 The Corn Exchange cinema in Eastgate Street was opposite the Grosvenor Hotel. It opened on 8th November 1909. It was Chester’s first permanent cinema. The upper part was leased to a Mr and Mrs Will Hunter for film shows.

At the time of opening there was no separate projection room. The cinematograph act was introduced in 1910 and all places that screened nitrate film had to have a projection room.
It was named the Picturedrome in April 1910, and was advertised as a popular picture playhouse. The first films screened as the Picturedrome were from Imperial Animated Pictures and were described as The Ideal Entertainment. Prices in 1909 were 2d, 3d, 4d and 6d. It cost 2d extra to reserve a seat. In May 1910 the cinema screened the funeral procession of King Edward V11. In 1911 the Coronation of King George V was shown.
The Hunter’s put on many charitable performances and Mr Hunter claimed that the Picturedrome was the first picture house in England to give a benefit night for the Prince of Wales relief fund. There were military nights when the band of the Cheshire Regiment used to provide the music and a large number of officers and men used to attend. The Picturedrome showed many exclusive pictures. One popular film was Ernest Shackleton’s expedition to the Pole. The film that attracted the largest number of people was the Battle of the Somme, shown in 1916. Large queues of people were waiting every morning at nine o’clock to book seats and the postbag took hours to go through. Performances were twice nightly at 7 and 9pm. 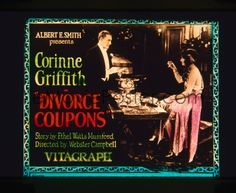 The Picturedrome closed on 29thMarch 1924 because the lease had expired. Films in the last week were Monday – Wednesday ‘Divorce Coupons’, Thursday – Saturday ‘Temptation’. The building was taken over by F W Woolworth around 1928. 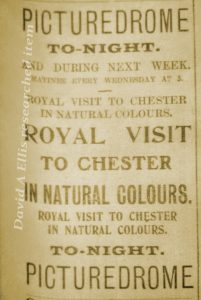 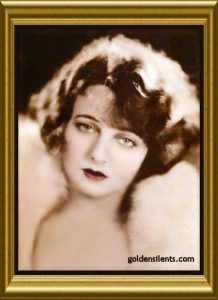 If you have any further information on the PICTUREDROME, or know of anyone who was employed there, please contact us.