During 1930 Associated British Cinemas were given the green light to build a super cinema on this prominent Lime Street site which extended into Elliott Street.

The plans were drawn up by William R Glen, FRIAS, together with the resident architect, Ernest A Shennon, FRIBA.  With only 150′ x 74′ the planners had their work cut out in providing a cinema that could seat a large audience.

A huge, towering curved Portland stone faced frontage had a wide entrance topped with 100′ long bronze canopy that provided shelter for customers waiting to gain access. With vertical metal windows set in panels and arranged in twos and threes both horizontally and vertically. The centrally placed windows over the entrance on the corner have pilaster motifs above which is a raised plinth intended for a flagstaff.

The fabulous stairs and handrails.

There were four sets of double doors leading into the main entrance hall which was lined with Italian marble with a floor of Tinos and white marble. There were two large waiting foyers that enabled many customers to be accommodated inside rather than queue outside.  On the second floor was the 40 table cafe.

The auditorium design attempted a Continental atmospheric style that featured a stage end  treatment consisting of a vast curved canopy over the splayed side walls which featured tall ornamental balconettes or alcoves containing elaborate mirror and plaster designs lit by concealed lighting . The proscenium was square, with a larger ante-proscenium of large vertical flutes within a square decorative border giving a cluttered appearance.

The Forum proscenium with the large urn vases removed

Later, some of the ornamental urn vases  were taken off in an attempt to reduce the amount of embellishments on this very elaborate proscenium. This area was lit with Holophane lighting which could achieve many constantly changing colour themes.

The auditorium main span of ceiling was flat curving towards the sides, with a central sunburst rosette feature with a light fitting in the middle, the design of which was incorporated in other parts of the cinema.

The dome, showing the projection ports tucked away from the audience.

With a 20′ x 14′ dome towards the rear of the circle that also housed the original projection ports.  The steep projection throw to the screen from this point was 146′ providing a picture size of just 25′ x 18′.  The projection equipment consisted of Ross machines and a Western Electric sound system which was replaced during 1949 with RCA sound.

The balcony extended well over the stalls area towards the stage seating 750 people which helped to increase the capacity to 1835 seats on this very slender site. The disappointing shallow stage was only 37′ in width which seemed out of proportion for such a large auditorium.

On Saturday 16th May 1931 the Lord Mayor of Liverpool, Alderman Edwin Thompson, attended the Grand Gala opening.  A Compton 3Manual/12Ranks organ on a lift central of the stage, which was opened by organist Reginald Foort.

The first known time that the famous ABC triangle was used on the Forum’s Opening Souvenir Programme.

Interestingly, it is claimed that on the souvenir opening brochure, the famous ABC trademark triangle was seen for the first time, incorporated into the programme’s design.  The first feature film shown was “Almost A Honeymoon” starring Clifford Mollison and Dodo Watts.

Vera Fendick was an usherette at the Forum, we believe that Vera is on the above group photograph of the Forum staff, seated third from the right. It was there that she met her husband, Billy Maines, who was a projectionist at Liverpool cinemas including the Forum, Futurist and Scala. We are grateful to their son Lenny for providing Vera’s photograph. He is interested in establishing names of others on the group picture, and people who remember his parents during their time at the cinema. Please use the contact page.

Like it’s competitor, London Road’s Odeon, the Forum was often used for Gala Performances and even film premieres. 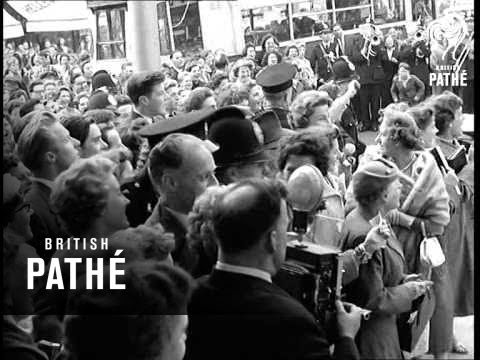 Click on the above frame to watch a film premiere at the Forum.

In 1953 “House Of Wax ” in 3D was shown on 18th October. CinemaScope was the next technical change to take place at the Forum. The small proscenium did not lend itself to this new format. The top of the screen was fit with variable masking which reduced the picture height to only 12′ when CinemaScope was shown.

A Liverpool projectionist who worked at the Forum from 1962 until his retirement when the ABC closed was the late Derek Minshull.  He started in the projection rooms at the Curzon and Regent cinemas, Old Swan in 1954.  Derek had his sight fixed on joining the city centre Forum and at the age of 23, he achieved this ambition. It was there that he stayed for nearly 36 years, progressing through the technical grades and being part of the many changes that took place within that building.

Derek was there on the closing night and had suggested to the manager that the classic movie “Casablanca” would be an ideal final film.

The name was eventually changed from the Forum to ABC in February 1964.

The building was Grade II Listed in 1981. It continued as a single screen cinema until the final films were shown (“Kentucky Fried Movie” and “The Other Cinderella”) on 15th May 1982.  With a budget set at £350.000  contractors moved in to turn the building into a three screen venue. Stipulations were put in place because of the Grade II Listing that no damage was to be done to the original fabric of the building during the alterations.   ABC 1 seated 683 customers , the two mini-screens were formed under the balcony- ABC 2 seating 272 and  ABC3 holding 217 seats.  A new projection room was built into the rear of screen one, with the downstairs screens in the old stalls area served by a combined projection room. The restriction of the small proscenium was overcome by the installation of a new wide screen frame brought forward of the original stage and splay walls, thus forming a new curtained proscenium. 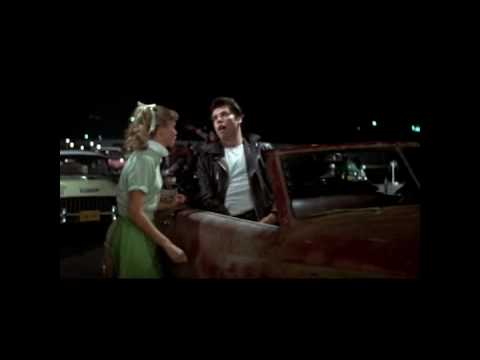 ABC screen 3 “GREASE”    Click on the frame to watch the trailer.

The Gala Opening was held on Tuesday 24th August 1982. “Star Trek- The Wrath Of Khan” was shown in all three screens. The official opening to the public followed on Thursday 26th August 1982 when “Star Trek- The Wrath Of Khan” was screened in ABC 1 and presented in Dolby Stereo Sound.  Pink Floyd’s “The Wall” was shown in ABC 2, while “Grease” was the choice in ABC 3.

Another name occurred in 1986 when the company changed hands and the cinema became the Cannon.  It closed on 29th January 1998 with a farewell film performance of the original movie, “Casablanca” starring Ingrid Bergman and Humphrey Bogart. With a special ticket price of only £1 guaranteed the final performance to be well supported.

The ABC -Forum. Dusty but returned to a single screen building once more.

Many proposals for a change of use have been put forward with non coming to fruition. The tripling partition was dismantled in 2016 to reveal little permanent damage to the original structure, although the original interior fabric was decaying. The lease was sold by the local authority in December 2016, with further plans being put forward.