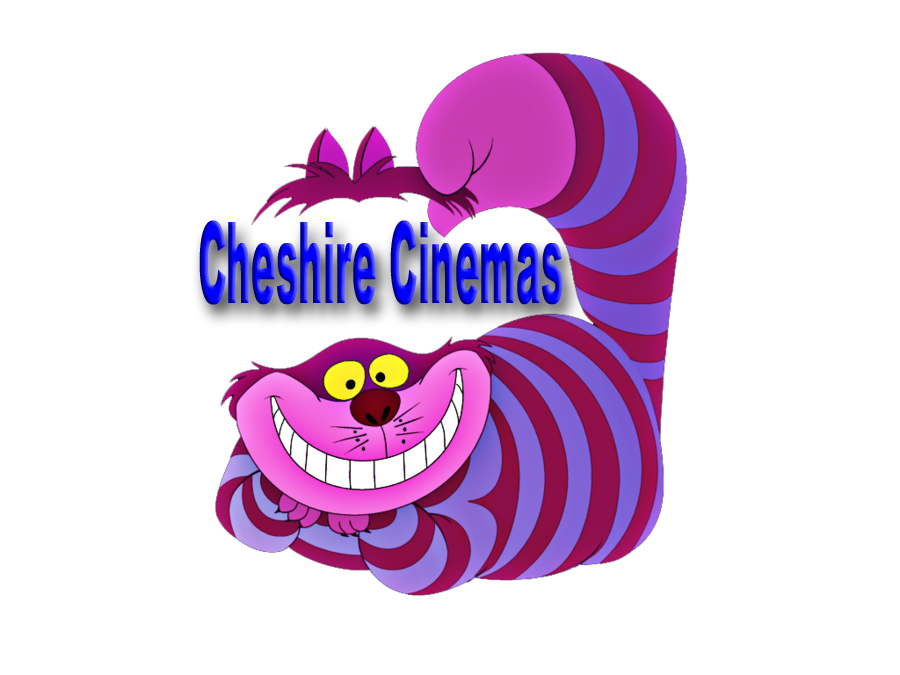 The Palace Kinema, High Street Runcorn, Cheshire opened for business on the 20th March 1913. The opening programme was the film, ‘A Tale of Two Cities’. Proceeds from the first performance went to the cottage hospital and the Runcorn District Nurse Fund. There were two houses at 7pm and 9pm. Prices were one shilling, sixpence and threepence. There was a children’s matinee on the Saturday with prices at one penny and tuppence. Building was rapid. The first brick was laid on January 6th and the building was erected in the second week of February. It was designed by Clegg and Lloyd and the contractors were Richard Costain of Liverpool. Seating was provided for 964. 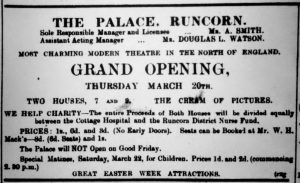 The Palace was run by Alfonso Smith and Douglas Watson, a newcomer to Runcorn, described as a man possessed of much energy and up to date ideas. The press said: The brilliant illumination of the front of the theatre attracted a great crowd and several constables were required to keep the thoroughfare free from obstruction.

The film programme commenced after the orchestra had played the national anthem. It was also reported that too large a lens had been used, but was soon put right. It was said that the audience enjoyed the programme and greatly admired the comfort and charm of the new building. At the time the cinema licence was granted it was reported that the magistrates had inspected the building and had found it very complete. They had unanimously decided to grant the license. They had been talking over one one or two details. The bench were desirous that there should be enough light in the house to prevent the possibility of any complaints. They had no desire to hamper the management by making any regulations but the bench would keep an eye on the place for six months, just to satisfy themselves.

Apart from film, stage shows were presented. These were first staged from Easter Monday onwards. One of the acts was Hayes and Merritt, described as trampolinists. They appeared in April 1913. Also appearing that month were the nieces of Music Hall star Vesta Tilley, dancers, calling themselves the Two Vestas.

On the 9th June 1913 the first all picture programme was presented. Films included ‘The Fatal Grotto’ and ‘Saved by the child’. In the late 1920s the Palace became the Scala. In 1930 it was taken over by Cheshire County Cinemas, who also ran the Empress, the head office of the company.

Film shows came to an end in 1957 and it became a dance hall called LA SCALA. It is said that it had the nickname Ranch house because of the number of westerns it screened.

Pop sensation the Beatles made two appearances, on 16th October 1962 and 11th December 1962. Dancing came to an end, and in 1970 bingo was the name of the game. The building was closed for good in 2006 and was left to deteriorate. The wrecking ball was called in 2012. Another one of Runcorn’s entertainment venues consigned to history.