The Odeon was built on the corner of Hunter Street and Northgate Street. It was designed by Robert Bullivant from the Harry Weedon practice. Weedon would oversee what other cinema architects were doing with an Odeon building, it was thought that he never designed one himself.

Chester ODEON was constructed by Swinton builders P. Hamer Ltd.  Oscar Deutsch, the founder of the cinema circuit, adopted a clever policy of creating a Limited Company for each of his new cinemas. Odeon Theatres (Chester) Ltd was registered to operated this new cinema in the city, and although within the control of Oscar Deutsch, it was a separate business. This clever piece of financial wizardry meant that Oscar invited local businesses, sub contractors (e.g.,builder, joiners, plasterers, etc), to invest into his new venture, drastically reducing any personal investment from Mr. Deutsch.

Ray Chaloner advised us that his father, Arthur, was a bricklayer who worked on the construction of the Odeon Chester during 1935~36. He was employed by city builders, Morton Browne, who were located along the canal bank near Gorse Stacks, off Cow Lane Bridge, and were sub contractors.

Before building work commenced, Professor Robert Newstead F.R.S, conducted a dig which produced a number of items, which were put on display in a glass case in the upstairs lounge.

Tickets for the opening were in great demand. Every seat had been sold weeks before with the local press photographing the huge queues to the cinema’s booking office.

The opening advert. The promised stars turned up too late to take part at the opening ceremony.

Saturday 3rd October 1936 marked the glittering Gala Opening hosted by the General Manager, Harry Yorke, who had previously managed the Odeon Brighton. People in attendance included Mr and Mrs Oscar Deutsch, Douglas Fairbanks Jnr, Civic dignitaries and the Jack Payne band. At 8pm the Mayor of Chester, Councillor T Davies-Jones officially opened the cinema. Every seat had been sold out weeks before with the local press photographing the huge queues to the cinema’s booking office.

The opening film was Two’s Company. The second feature called The Harvester was screened from the Monday. The Union Jack was flown whenever a British film was shown. This practice was eventually stopped.

In the operating box two BTH type B projectors were employed with type C carbon arcs. During November of 1947 a screen frame was erected, enabling the original screen that was mounted on the rear of the stage wall to be replaced with a larger screen and moved forward to the front of the stage by 4’6″. At the same time two BTH S.U.P.A (single unit projection assembly) projectors were introduced and installed in the Chester cinema and shown off to an invited Trade audience. These remained until the Kalee 21 machines from the closed Gaumont were installed in 1962. There was another change in 1966 when Italian Cinemecanica equipment ran the films. This equipment stayed until the cinema’s closure on 14th June 2007.

Following Oscar Deutsch’s death in 1941 Joseph Arthur Rank, who had been a director, took the helm and it became part of the mighty Rank Organisation. Odeon merged with Gaumont British in 1948 and formed Circuits Management Association.

In 2002 the Chester Odeon’s red signage was removed from the tower and new blue signage placed on the canopy and on the back of the tower. Other changes over the years included a new canopy, replacing the original Swanser.

Since the exit of the Rank Organisation, Odeon cinemas have changed hands a few times and are now owned by Terra Firma. The Chester cinema was sold by Terra Firma to a company called Brook Leisure, who later sold out to Chester Council. After being empty for a number of years it will now form part of a new complex called Storyhouse.

Odeon cinemas have changed hands a few times and are now owned by Terra Firma. The Chester cinema was sold by Terra Firma to a company called Brook Leisure, who later sold out to Chester Council. After being empty for a number of years it will now form part of a new complex called Storyhouse 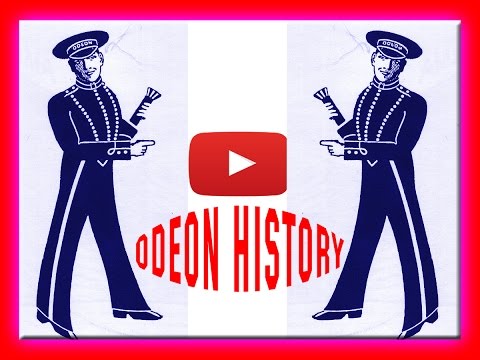 The cinema was converted into three units in 1976. A new projection room, situated in the stalls area served the three screens. The original box became redundant. Number one screen still retained the original proscenium. The triple officially opened on Saturday 10th April 1976 with the movie ‘The Romantic English Woman’ shown to an invited audience in screen 3. The following day all three screens were opened to the public. In 1991 two more screens were added and the old projection room was re-instated.

The Storyhouse complex, which embraces the building once occupied by Odeon, has a small boutique cinema of appropriately 100 seats.

Picture House (Cineworld) are to bring commercial cinema back to Chester with their planned cinema in the Northgate development.