Slide presentation on this frame begins in a few seconds

Part of the show! George Buckley was an important member of the Odeon’s staff during the heyday of cinema in the 1940’s. Thousands of Chester people would have watched films that George projected.

Above~ This 1940s picture features chief projectionist Ernest Hall with Gordon Potter, who became chief in 1968.

Above~ May 1971 Gordon Potter at the Cinemation console & at the side of the Cinemeccanica Victoria 8 projector. 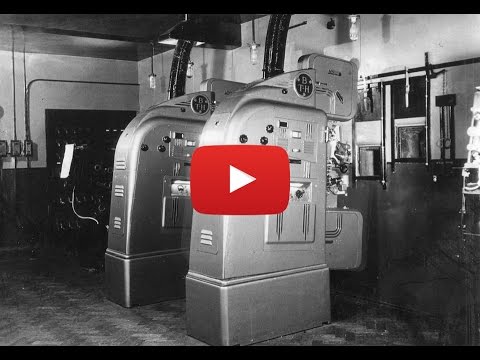 BTH SUPA projectors seen here at the Odeon Chester. These were taken out in 1962 when Kalee 21s were installed.

Ernest Hall~
Chief Hall was the Odeon’s first chief projectionist. He maintained a staff of five/six projectionists. During the war years and after, his wife worked with him in projection and can be seen in this photograph. The projectionist standing with him is Gordon Potter, who took over as chief in 1968 when Ernest Hall retired

Transferring from the Odeon Liverpool to Chester’s Odeon in 1977 was Senior Projectionist..Stephen Wynstanley. He was a very popular member of the team & stayed at the Odeon for several years before advancing as an electrical engineer.